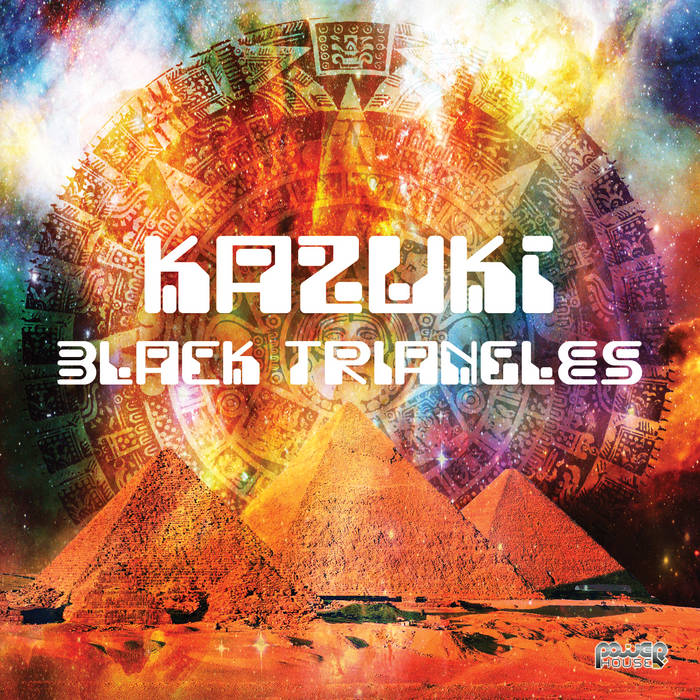 When looking across the body of UFO evidence one subject has more often then not been associated and reported with the phenomenon, the flying Black Triangles have been seen everywhere. What mysterious purpose do these craft exist for, where do they come from and who is at the controls. What we really want to know is whether they have the highest quality speakers installed for listening to Power House Records newest artist album Kazuki - Black Triangles, which is dedicated to their existence. Many conspiracies in the world trace back to these mysteries of UFO’s and more. The 11 songs of this album supply a musical dialog for these and other questions. Kazuki tells us the story of his galactic flight through the realms of techno, house, and progressive psychedelic goa trance with hyper jumps onto downtempo, chill-ambient, and break beat worlds. Kazuki's first EP 'Spaceship Earth' was released on Geomagnetic Records in December 2012 and these works show greatly how far he has come with his production since. Caught between two worlds is one way to describe the paradox that is Kazuki. On one side, Kazuki's music is deep and refined, with a nod to the acid warehouse scene of old and tradition of jacking house. On the other side, Kazuki's sound is fast and upfront, at home as much in the bush as it is in the club, with bass heavy techno and intergalactic goa synths. A deep house DJ who produces psytrance, a hardgroove techno enthusiast who spins progressive house - yet somehow it works, feeling equally at home in a flashy cocktail bar as a dingy warehouse rave. A well-known player in the underground Canberra scene, Kazuki is also a writer, promoter and producer, bringing a equally high level of enthusiasm to his own events as he does his productions in the studio. soundcloud.com/peterorourke www.facebook.com/KazukiCanberra
kazuki.com.au


Power House has Proven to be the Perfect Provider of Premium Progressive! Power House Records specializes in Progressive, Trance, Electro and all sorts of Powerful “House” Music, expect to see innovative and cutting edge releases pumping out of this super blasting EDM label with offices in both Germany and California, two of the most well known capitals of Techno House Music. Power House Records produces releases on Vinyl, Digital EPs, DJ mix CDs, and exclusive digital singles. PHR (Power House Records) has a worldwide distribution network and is most known for its white label releases that have sold like hot cakes every time they surface. The world is ready for house music with more power and a special Euro-American twist to give it new life. Power House Records is this new blood to PUMP IT UP!