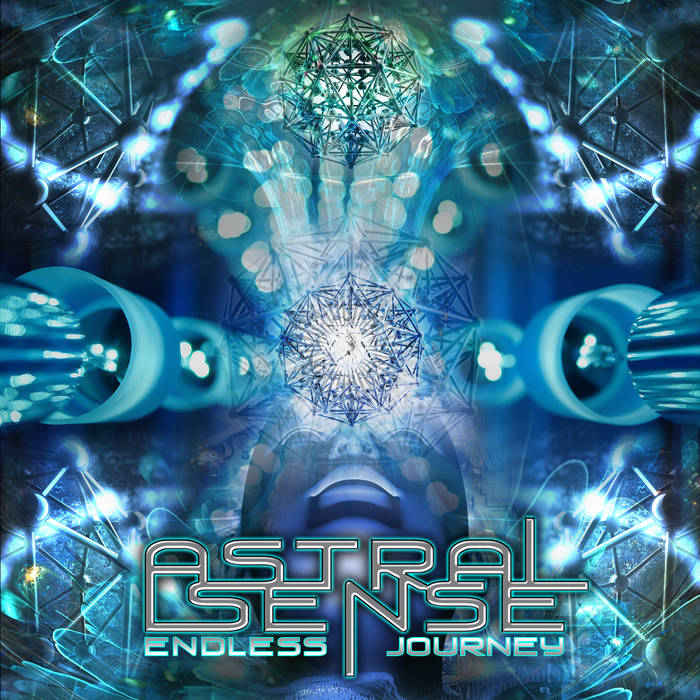 The psychedelic progressive trance aria of Astral Sense is here to surprise the world with the mystical musical story titled Endless Journey. Astral Sense is Milan Rakic, also known as Sideefected and Elgiva, his project with Ascent. The sound of this nine-song journey is based around groovy electro bass lines, deep emotional atmospheres and harmonies that pulse and slowly uplift to darker and more aggressive melodies. The songs have a creeping dose of seriousness that takes the listeners on a spiritual journey for emotional awakening! Expect a fat and killer sound adventure, because this is deep prog-psytrance from Serbia. Each song is made to move your spirits and feet with moments of ecstatic happiness as well as deep introspective observations. From the small town of Krusevac, Milan has been listening to electronic music since a young age but he could never resist the uplifting space melodies and fast tempos of Psychedelic Goa trance. Under the influence of psy and goa he began dj-ing and producing, quickly finding full support in the Serbian Psy scene. His debut release came out on Geomagnetic Records with the track written with his friend Ascent called Teardrops leading the two friends to found their Psytrance project called Elgiva, who’ve released an EP and a full-length album on Ovnimoon Records. Now Milan will burst onto the worldwide stage of the Progressive trance scene with this debut Astral Sense album for Power House Records.


Power House has Proven to be the Perfect Provider of Premium Progressive! Power House Records specializes in Progressive, Trance, Electro and all sorts of Powerful “House” Music, expect to see innovative and cutting edge releases pumping out of this super blasting EDM label with offices in both Germany and California, two of the most well known capitals of Techno House Music. Power House Records produces releases on Vinyl, Digital EPs, DJ mix CDs, and exclusive digital singles. PHR (Power House Records) has a worldwide distribution network and is most known for its white label releases that have sold like hot cakes every time they surface. The world is ready for house music with more power and a special Euro-American twist to give it new life. Power House Records is this new blood to PUMP IT UP!