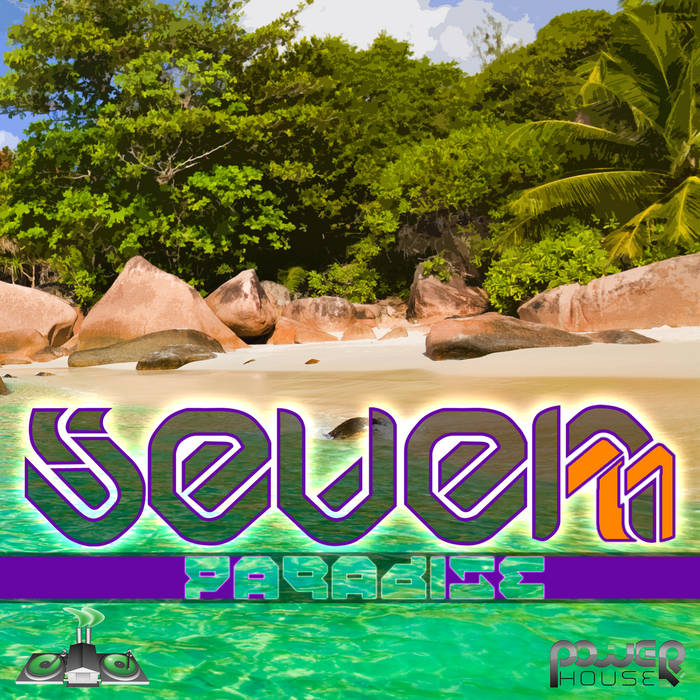 Seven11 - Paradise EP - [PWREP103] - (Power House Records)
soundcloud.com/seven11-switzerland
Mahi Murugar from Switzerland has always loved music. He started to listen to Tamil music (Indian Music) when he was seven years old, after some years he learned about trance music, and after that about the existence of Psychedelic Trance Music. He discovered it on a Digitally Imported streaming radio and up until 2003 only listened to it at home. Later on in 2004 found out that this genre of music was played also at partys and some friends had invited him to attend his first Psychedelic party. It was at this first party that he fell in love with the music, the peoples vibes , the atmosphere and background. It was a kind of rythm and energy that had never touched his soul like any other sound before. He felt so positively about this that he wondered what it would be like to actually play and maybe one day produce this music. After some time of listening to Psychedelic Progressive music, he decided to try to start mixing at home, and with help from friends, he learned the style of mixing and slowly started to play at parties in Tessin. So he wondered, why not start to produce his own music? Time passed, and he started to play more parties and produce his music. He kept his real name Mahi for Dj Set and Seven11 for Live Set. He shared the stage with artists like: Symphonix, Atmos, GMS, Astrix, Antix, Burn in Noise, The First Stone, Vibrasphere, Motion Drive, Solano, Neelix, Rocky, Midimal, Minoru, Space Cat, Azax Syndrome, Pinch, Tassili, Mustik, Mirowsky, Dj Martin, El Fabio, Jackomo, Rasael, Intersys, Terranostra, Broken Toy, Synthax, Electrypnose, Sectio Aurea, Beat Brothers, and many many others. Currently Seven11 is going on to produce his own Progressive Trance Album, that will be released in the following year, 2014. Its going to be a powerful, energetic and of course a peaceful sound, so stay tuned for more news.